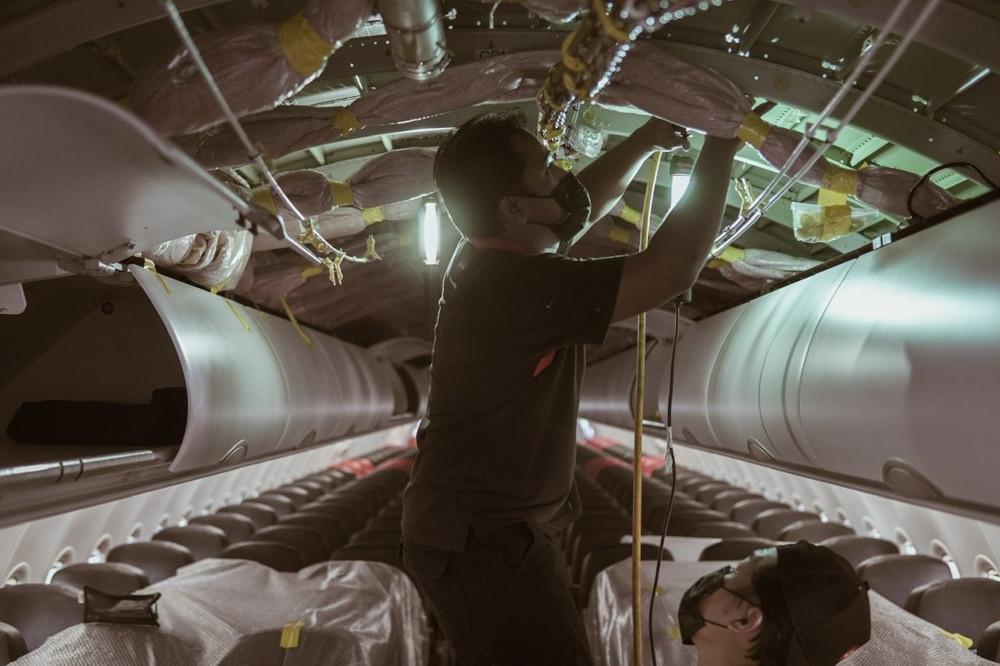 Asia Digital Engineering was set up in 2020 and focuses on services including line and base maintenance.

SINGAPORE–Asia Digital Engineering (ADE), the maintenance division of Malaysia-based Capital A, is targeting closer collaboration with OEMs and MRO providers as it looks to capitalize on the continuing recovery of Asia-Pacific’s commercial aftermarket.

In a keynote address at Aviation Week Network’s MRO Asia-Pacific event in Singapore on Tuesday (Sept. 20), Mahesh Kumar, CEO of the Malaysia-based MRO provider, revealed that it is looking to collaborate with new partners while also exploring growth in existing partnerships to better company readiness in the market.

“This might not be through a joint venture, but in various other ways: collaborating in terms of workforce, resources, materials and data. The key takeaway is looking at how we can collaborate with each other rather than just simply competing with one another.”

Kumar says the MRO, launched in 2020, is “very open” to collaborating with new partners and is exploring how to do this better with partners on both the manufacturing side and existing MRO partners on the maintenance side.

Greater support from OEMs was called for, as Kumar described the domino effect of price escalations being passed down from manufacturers to MROs and airlines, which in turn are then passed on to passengers in the form of increased costs.

Kumar also cites digitalization as a key element of the industry’s future and says this increased at greater pace during the COVID-19 pandemic. However, he sees Asia-Pacific being more complicated as a region than Europe because of its lack of a unified regulator, with the region fragmented by separate individual regulators.

In its operation, ADE is looking to add capacity in the form of a 14-line narrowbody maintenance hangar in Malaysia, which will also come with widebody capabilities. Kumar says the facility will be operational by early 2024 in the capital city of Kuala Lumpur and will look to expand aircraft capabilities.

When discussing the fleet of ADE’s airline affiliate, AirAsia, Kumar says its current fleet numbers more than 200 aircraft and, before COVID-19, typically around 12 were grounded for checks at any one time.

He also cites many airlines across the region, who represent potential third-party maintenance customers, restructuring their leased aircraft fleets to include extended lives of assets. As a result, he foresees demand for every type of aircraft check increasing in future and he says ADE will look to cover as much of the AirAsia fleet as it can along with third-party airlines.