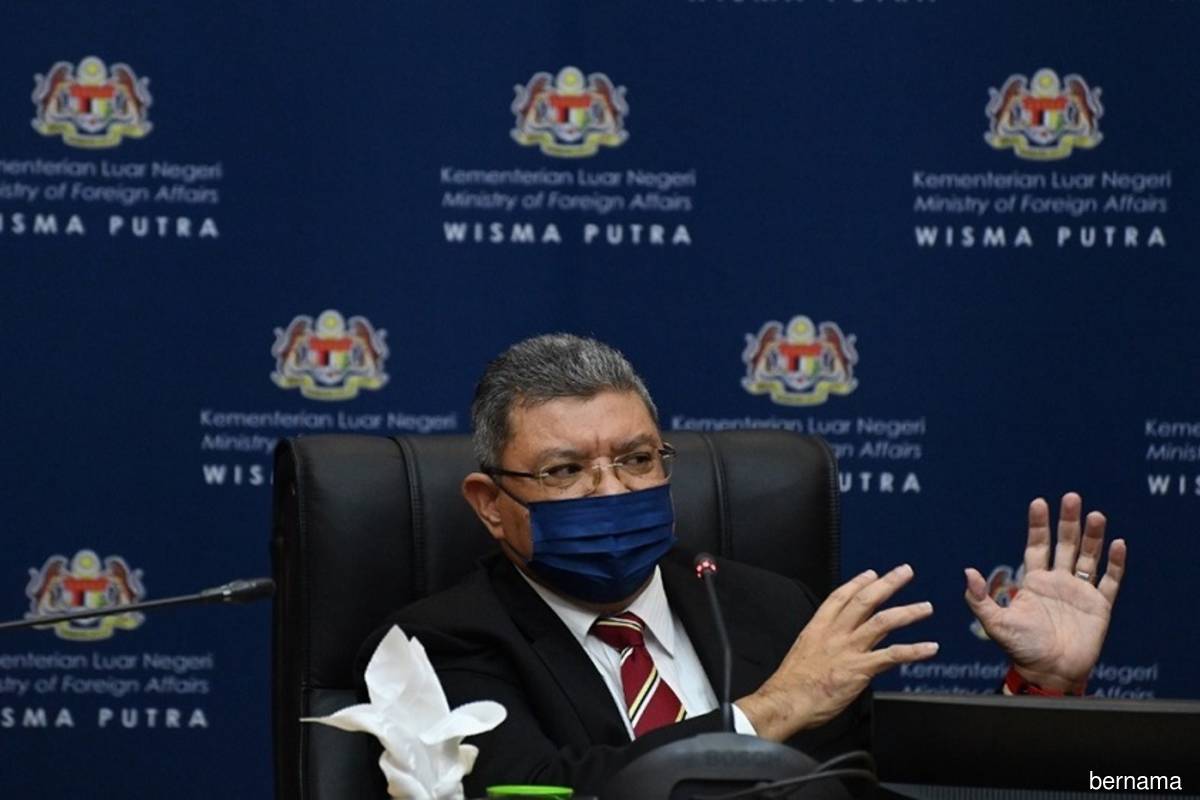 “Prime Minister has just concluded a very successful visit to Ankara, where he and President Erdogan had very fruitful meetings over several issues.

“Later on, a state visit by Yang di-Pertuan Agong Al-Sultan Abdullah Ri’ayatuddin Al-Mustafa Billah Shah to Turkiye will be held in mid-August,” he said in a joint press conference with Turkiye’s Minister of Foreign Affairs Mevlut Cavusoglu at the Malaysian Parliament on Thursday (Aug 4).

Ismail Sabri was on a four-day official visit to Turkiye last month, where he met with President Recep Tayyip Erdogan at the Presidential Palace.

Saifuddin further elaborated that both countries are currently in the final round of negotiations to conclude the expansion of the Malaysia-Turkiye Free Trade Agreement (MTFTA), which would cover new areas — namely investment, services and e-commerce.

“On currency swap, we are working to expedite the signing of the MTFTA’s expansion and also for both central banks to conclude the discussion on the currency swap within the parametres of the financial sphere,” he said.

Saifuddin said both countries agreed that new potential areas of investment — particularly in the digital economy, military, and defence industry — can be further explored.

On continued investment through Malaysia Airports Holdings Berhad (MAHB) and Istanbul Sabiha Gokcen International Airport (ISGIA), certain issues on the further participation of MAHB at the international airport in Turkiye were also raised by the Malaysian side during the meeting on Thursday, he added.

“It is hopeful to see Turkiye oil and gas company in Malaysia very soon,” he said

In the areas of humanitarian assistance in Afghanistan, Saifuddin said that Malaysian non-governmental organisation Global Peace Mission (GPM) will start the discussion with Turkiye’s Red Crescent on how both sides could play a role in rendering support to the people of the conflict-affected country.

Meanwhile, Cavusoglu said the reciprocal visit and discussions between Malaysia and Turkiye will give a new impetus to the shared bilateral relations.

He is also thankful to the Malaysian government for its continued support towards enhancing Turkiye’s institutional relations with the regional bloc of the Association of Southeast Asian Nations (ASEAN).

Cavusoglu further added that as Turkiye was targeting to achieve a US$5 billion bilateral trade volume this year, more cooperations need to be established and worked on between the two nations.

“In the first half of this year, we’ve already reached the trade volume of US$2.42 billion, which shows a 50% growth. The number is growing and there’s an impact. We will do our best to achieve more this year,” he said, noting Malaysia is Turkiye’s biggest trading partner in the ASEAN region.