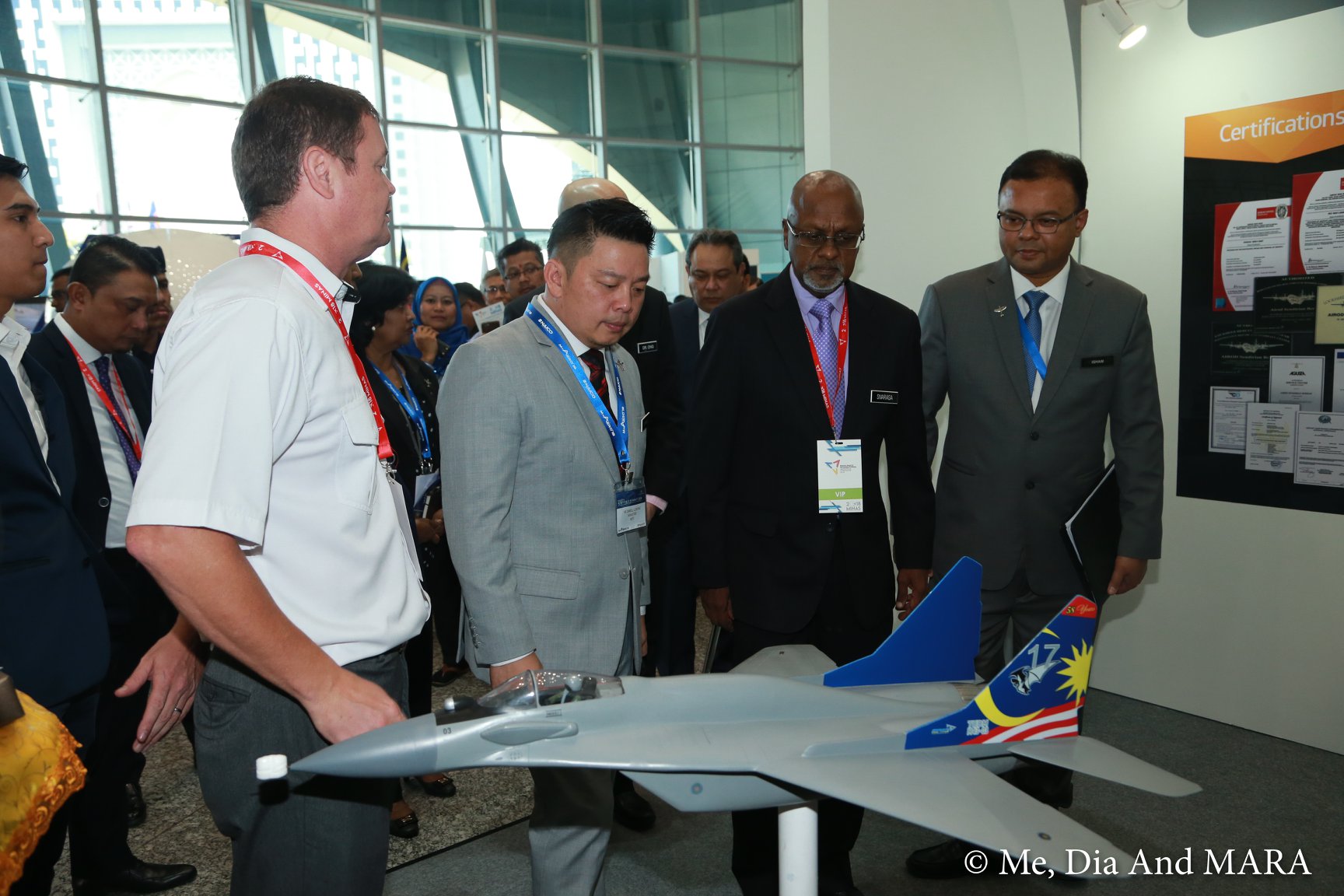 Photo courtesy of ©Me, Dia and MARA

The new Minister of International Trade and Industry, YBHg Darrel Leiking said the aerospace industry has maintained its positive growth for the last two decades, citing that the country has positioned itself as one of the important suppliers to global original equipment manufacturers (OEMs) such as Airbus, Boeing and Rolls-Royce.

“Malaysia has a huge potential in the global aerospace business. Aerospace products are made in Malaysia are being supplied throughout the world and this has contributed to the growth of our aerospace export”

“To sustain our competitiveness, we have to focus on competency development and Industry 4.0 implementation that will lead us to produce high value added and complex aerospace products,” he said.

He pointed out that Southeast Asia’s dynamic regional aerospace market is gaining traction, which has left Malaysia well positioned to capitalise from this sector.

He said strong market demand has accelerated the development of local supply chain, noting that Malaysia is currently the home to over 230 aerospace companies.

“We are optimistic that the aerospace sector will continue to be a vibrant and thriving industry in the years to come, given that Asia Pacific region is expected to have the highest growth in new aircraft delivery for the next decade,” he added.

Malaysia’s aerospace manufacturing sector contributed about 48 per cent, while the maintenance, repair and overhaul activities made up to 46 per cent contribution.

Below is the summary of MyAero ’18 courtesy of MITI